A Romantic Table for Three

The kids and I were at Wal-mart today, picking up some bread and milk and decided to browse the party aisle (since the girls' birthday is in little over a month and I have yet to do any real planning -- shame on me, I know). The girls have decided Angry Birds are out and now they want a Tinkerbell and Periwinkle party. In case you haven't heard, Periwinkle is Tinkerbell's sister, born of the same child's laugh and with identical wings.

Anyhow, adjacent to the party aisle is a section of 50 cent bins. You know I couldn't resist. I found some Lego stickers for the boy, mustache magnets for the hubs, and some matching floral melamine plates, napkins, and paper lanterns for the girls. So of course we had to have a tea party!

Chicken Littles from KFC made the perfect little tea party sandwiches. We also got a 3 pack of cookies for $1.49 while we were there. I dug out my tiny tea cup candle holders (sans candles) and a little tea pot, brewed some tea, sliced up a banana, and voila! Perfect tea party.

My son said he was the butler since I put him in charge of serving the tea. Clairby said she was the queen and sister Kathryn Sophia was her guest. Queen Clairby declared it was a romantic table for three! 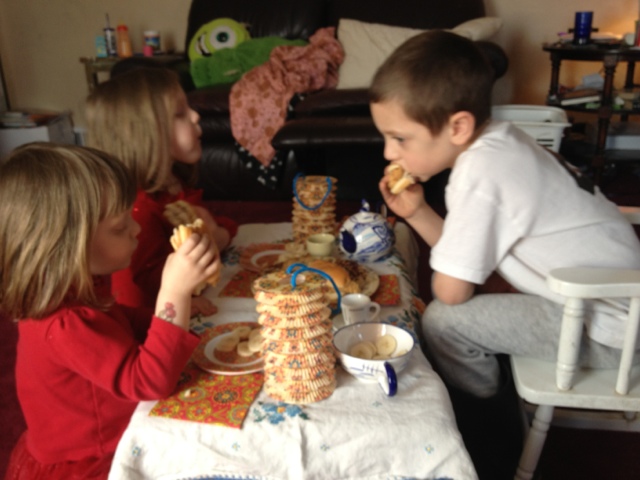 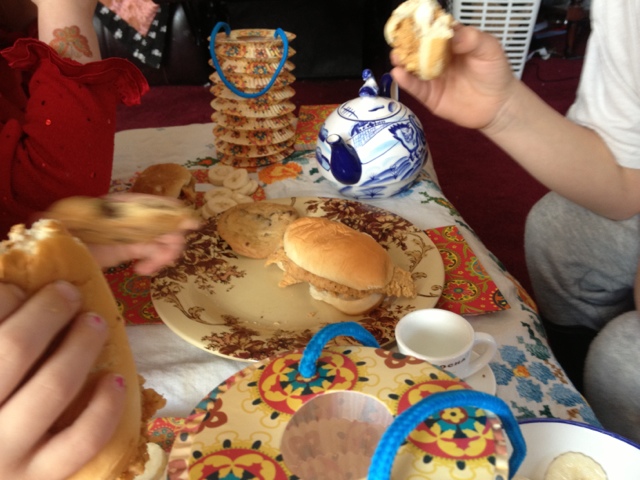 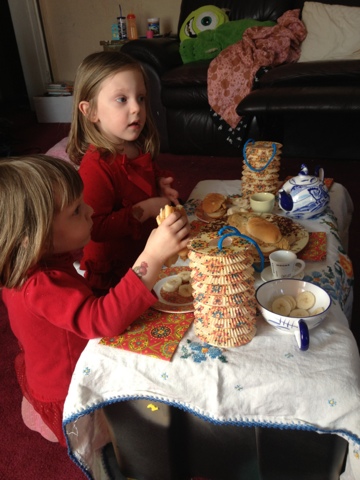 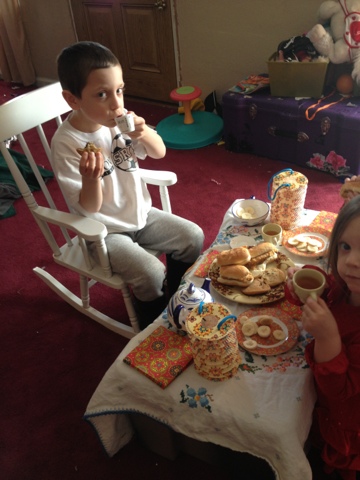